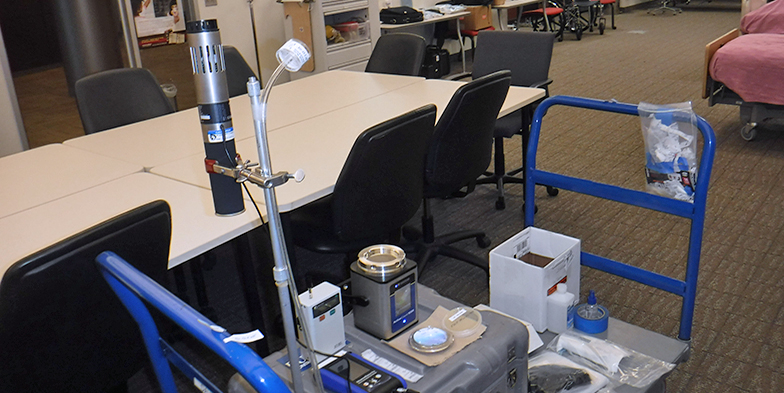 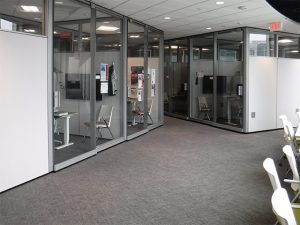 It’s not uncommon for actively used buildings to have plumbing or roof leaks. A water event of any kind inside of a building must be immediately addressed to prevent other more serious issues from occurring, like microbial growth or other contaminants like mycotoxins. That is just what happened at a mid-sized university in central Michigan. They experienced a leak that affected the cavity between the walls, the subfloor and carpet. While making plans for remediation, mold began to grow.

Some occupants expressed IAQ related concerns such as coughing, sneezing and upper respiratory irritation while at work in the building. Finally, professional restoration services were undertaken. These included drying out the affected areas, disinfecting them, replacing drywall, painting and new carpet. Samples were taken, and tests were conducted. No detectable mold was found. End of story, right? Not really.

Pure Air Control Services decided that the investigation would be two-fold. 1. Forensic level investigation and testing of the affected areas would be conducted by Building Sciences Industrial Hygienists. 2. The IAQ Guard remote monitoring system would be installed for 24/7, real time analysis.

Some of the Indoor Environmental Quality (IEQ) Tests Included

18 sensors in total were used for the project. 16 sensors were placed in the building being tested, 1 sensor was placed in the building one occupant was temporarily relocated to, and 1 sensor was placed outdoors. These sensors were monitored and logged data for 60 days. IAQ Guard monitored for temperature, relative humidity, CO2, TVOC, PM 10, PM 2.5 and Particle Counts >0.3µ.  Over the monitoring period the only metric that was elevated above a normal baseline was particulates and this mainly occurred in the evenings. Outside of normal building operations.

The IAQ Guard trends and the physical IEQ testing results revealed that most every category investigated was within a normal baseline for operations, except one. Mycotoxins. A chemical byproduct of mold colonies, mycotoxins can have adverse health effects on building occupants depending on the type and concentration, as well as individuals’ sensitivity to them. 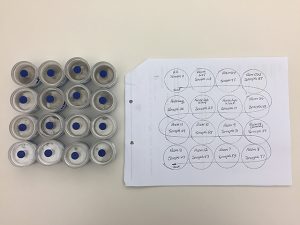 There are many different types of mycotoxins and in this particular case it was believed to be speciated to the fungus Stachybotrys chartarum, or “toxic black mold”. Drilling down into the data collected it appeared that after the first water event the mold proliferated in the areas of dampness, colonized, and produced the mycotoxins. Since mycotoxins are chemicals, normal disinfection methods do not neutralize their toxicity.  Furthermore, based on positive samples locations, IAQ Guard data, and samples taken from housekeeping staff vacuum cleaners it was theorized that the mycotoxins were unknowingly spread from their initial deposited location into other areas of the building.

Now that Building Sciences and the university knew what they were dealing with a remediation plan had to be developed to fully rid the building of the mycotoxins.

Part 2 of this story looks at how all three divisions of Pure Air Control Services worked together to solve this problem for a successful outcome at the university.

Occupant complaints? Don’t wait please contact us today or call 1-800-422-7873 to have your building tested or for more info.

*University’s name withheld due to confidentiality.