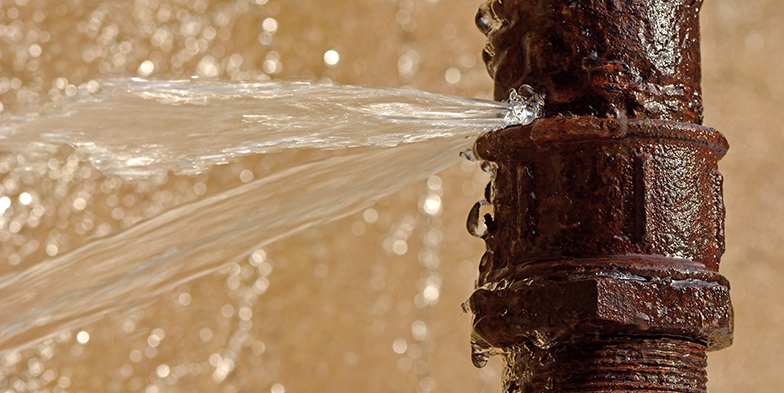 Microorganisms are ubiquitous. Though if in abundance and unchecked the propagules of microorganisms inside a pipes e.g. fire sprinkler pipes, chiller pipes, potable water, oil & gas pipes, etc. can cause catastrophic outcomes. Microbial life creates its own tiny environment, or biofilm. Beneath that biofilm, as life proliferates, Microbial Induced Corrosion ( MIC ) is established.

The corrosion of infrastructure materials, in particular those of metallic composition is a persistent concern for Building owners, operations officers, facility managers, purchasing directors and partners, among others. This process of degeneration generally impacts metalloids, metals and rock-based matters. It’s a common problem for industries that include oil and gas, fire safety, power plants, and chemical production. In fact, each of these industries have special standards written to include contingencies for Microbial Induced Corrosion testing.

The National Association of Corrosion Engineers (NACE) have standards TM0212-2012, TM0194-2014 and SP0106-2006 which all address the testing and control of MIC. While the National Fire Sprinkler Association (NFSA) has standards NFPA 13 and NFPA 25 both address Microbial Induced Corrosion.

It’s estimated that systems failures due to corrosion causes around $30 to $50 billion dollars of damage in the United States per year! The role of Microbial Induced Corrosion is often ignored, yet it is a significant contributor these staggering losses.

MIC is also referred to as Bacterial Corrosion, Bio-corrosion, or Microbiologically Influenced Corrosion. It is a process of corrosion that is influenced by microorganisms like bacteria, fungi, protozoa, micro-algae, inorganic and organic chemicals and others.

Some common groups of organisms associated with MIC are:

Typically all microbial induced corrosion takes the appearance of pit formations due to living matter colonies, minerals, and bio deposits laying on the surface. MIC is a three stage process initiated with attachment of the microbes on the surface, which causes an initial pit and nodule formation after growth. The maturation of nodules and pit cracks may form corrosion in presence of supporting factors

How is MIC Testing Conducted? 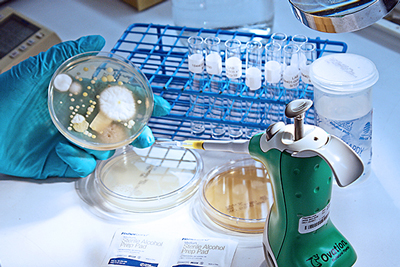 Bulk fluid or corroded material samples need to be supplied to EDLab for analysis. The samples need to be sent to the lab immediately upon collection to preserve their integrity and to achieve accurate results. EDLab encourages to maintain similar conditions (such as temperature, etc.) under which the samples were collected to preserve the sample composition. It helps in the recovery of specifically targeted microorganism/s, as well as the corrosion data to determine the extent to which they are or are not contributing to MIC. Once the analysis is concluded, a detailed report is issued which can help to develop a management and/or remediation plan.

Environmental Diagnostics Laboratory at Pure Air Control Services is a multi-discipline indoor air and environmental quality (IAQ/IEQ) focused laboratory with a team of microbiologists ready to help with MIC concerns.

Don’t take any chances with your infrastructure, get started with Microbial Induced Corrosion testing today! Please call 1-800-422-7873 or contact us here for more info.