Can Aspergillus sp., a Common Fungi, be Deadly?

Atlanta, GA – With a wide range of serious health implications Aspergillus is a widely recognized type of fungi. Reactions include allergic reactions and fungal infection. Symptoms can be severe and misdiagnosed as lung cancer or tuberculosis in some occurrences of Aspergillus. A report published in the Aspergillus Website Newsletter – September 2012 reveals that Aspergillosis is one of the top four misdiagnosed conditions with deadly consequences. Here we will explore facts about Aspergillus and answer whether Aspergillus is deadly or not. 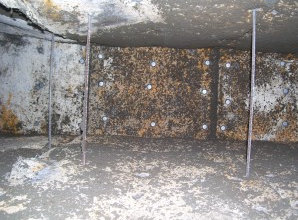 What does aspergillus look like? It looks like dark fuzzy speckles. It can also have a white fuzzy coating.

Is Aspergillus a fungus?

Aspergillus is a fungus responsible for causing Aspergillosis, a medical condition where a hypersensitive reaction occurs in an individual’s immune system upon exposure to Aspergillus. The most common symptom is airway inflammation and other lung conditions.

Other conditions caused by Aspergillosis may also include localized infections involving the nails, feet, external auditory canal and eyes, etc. This is one of the most commonly misdiagnosed aliments of an aspergillus fungal infection.

Aspergillus Symptoms Can Lead to a Misdiagnoses

So, Is Aspergillus Deadly?

The infections caused by the fungus Aspergillus, such as Aspergillomas and Invasive Aspergillosis can cause severe, and sometimes fatal, bleeding in your lungs.

What about Cystic Fibrosis?

With over 30,000 cystic fibrosis  patients in the United States — The US is the largest patient population with the disease in the world, according to the Cystic Fibrosis Foundation.  “Aspergillus may cause several pulmonary manifestations in CF patients. Allergic bronchopulmonary aspergillosis (ABPA) is recognized as a severe complication and characterized by an accelerated decline in lung function,” said researchers from a previous research project conducted at Statens Serum Institut Department of Microbiological Surveillance and Research in Copenhagen, Denmark.

According to a recent study conducted by a medical student from Manchester University in the United Kingdom, approximately 50 percent of cystic fibrosis patients are also infected by the Aspergillus fungus, which is caused by an exposure to mold. The research highlights the dangers of mold, and it may help doctors improve diagnosis and treatment for patients with CF 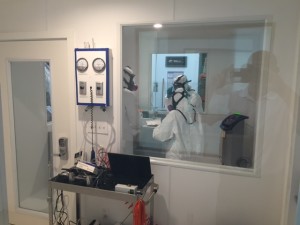 Out of the hundreds of known species of Aspergillus, A. fumigatus is the most common type to be invasive in the human body. Its also know to create headaches, increased phlegm production, shortness of breath, skin sores (lesions), vision problems, etc.

Other important species of Aspergillus that can cause “Aspergillosis” are

How Many Species of Aspergillus are there? Hundreds.

There are hundreds of species of the fungi. Additional species of note include:

Several of the above mentioned species have been reported in and around indoor environments; therefore, Aspergillus exposure is not uncommon in residential and commercial places. It has generally been observed that dwellers with a compromised or weak immune system are more prone to acquire this infection in comparison to individuals with robust immunity.

Where can Aspergillus be found?

This fungus is a ubiquitous mycoflora of the environment.   In indoor environments, this fungus can be transported from outside or may propagate on building materials such as cellulose rich sheet rocks, etc. and can generally be isolated from floors, air handling units, evaporator coils, wetted fiberglass insulation, blower assemblies, ductwork, drain pans, wetted building materials, carpets, mattress dust, etc…  Outdoors it frequently occurs in soil, dead leaves, stored grain, breads, peanuts, dry fruits, rotting vegetables, cheese, compost piles, or in other decaying vegetation. The fungus is also reported from clinical specimens.

Aspergillus can adapt to extreme conditions and grow quickly. The most favorable growth factors include, but are not limited to, moisture above 60% and a temperature around 25ºC (this is a thermophilic fungus and some species can grow at temperatures as high as 50ºC) besides organic rich compounds. Some species of these fungi are known to produce mycotoxins.

Warning: Spores in the Air

In routine investigations on environmental samples collected in and around indoor sites, the Environmental Diagnostics Laboratory at Pure Air Control Services, Inc. of Clearwater, FL has observed that Aspergillus Species is one of the 10 most frequently reported fungi from indoor environments which include HVAC and air conditioning systems. This fungus may be categorized as environmental or clinical, based on its source. In either case, depending upon its viability, this microorganism is capable of rapid multiplication and dissemination.

The air dispersal of Aspergillus spores is rather common and significant especially due to their small spore size (3-5µm). Individuals can inhale Aspergillus spores easily and may sensitize themselves for Aspergillosis. Therefore, continuous environmental surveillance is essential to monitor these infectious particles from a health and hygiene point of view in and around closed structures (home, offices, etc.).

Test for Black Mold (aka Aspergillus)

A number of techniques and methods are available for testing, both qualitatively and quantitatively, to understand the extent of Aspergillus in and around building environments such as healthcare settings, work places, offices, residences, and other habitations. The management of controlling, spreading, potential risk of exposure, and prevention of Aspergillus related infections can be facilitated by knowing the existence of these entities in our surroundings. 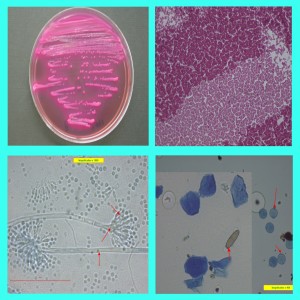 How to Remove Aspergillus and Other Microbes from HVAC Systems?

Aspergillus remediation is an urgent priority when the fungi present. A proven GREEN method to effectively remove Aspergillus sp. among other fungi, bacteria, viruses from HVAC systems is the PURE-Steam Coil Cleaning process that uses super heated steam at 350 degrees along with a high volume flushing process developed by the scientists at Pure Air Control Services/EDLab.

Get Answers if You Believe Your Indoor Environment May Be Contaminated